Another test round. Tried it first with an emulated 486. Didn’t worked. 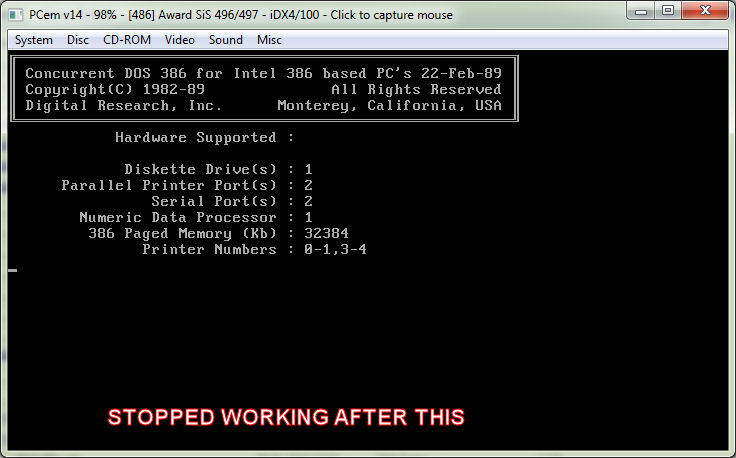 Then, I choosed to emulate a Compaq Desktop 386, which was somewhat a success.
You have to look for a SETUP disk first, because there is no „build in BIOS setup“.
I still got a „memory mismatch“, because the setup program didn’t recognized the emulated RAM amount, but you are able to press at boot time F1 to continue anyway.
Then I was able to install it – but not with the disks from winworldpc.com !
The disks there didn’t had the correct boot sector – but nobody there recognized this.
I downloaded working disk images from bitsavers.org, they were in IMD format, but you can convert them with IMDU to IMA/IMG files. But the „N.CMD“ was missing, get it from the winworldpc.com disk image. Or just copy the boot sector of the bitsavers.org disk image to the one from winworldpc.com – a bit ugly, but works too. 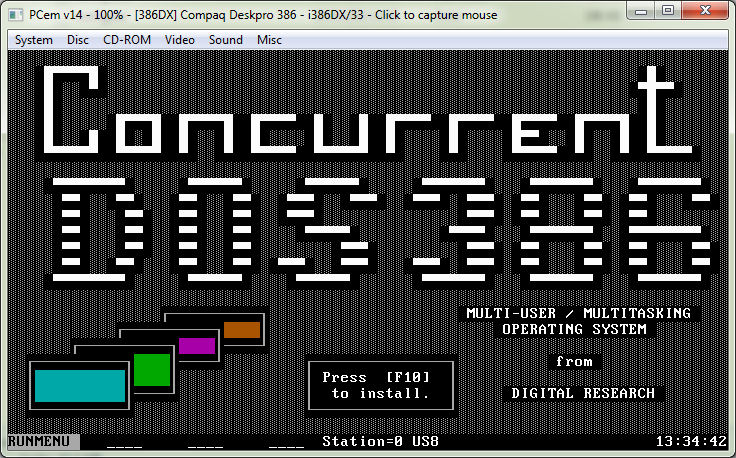 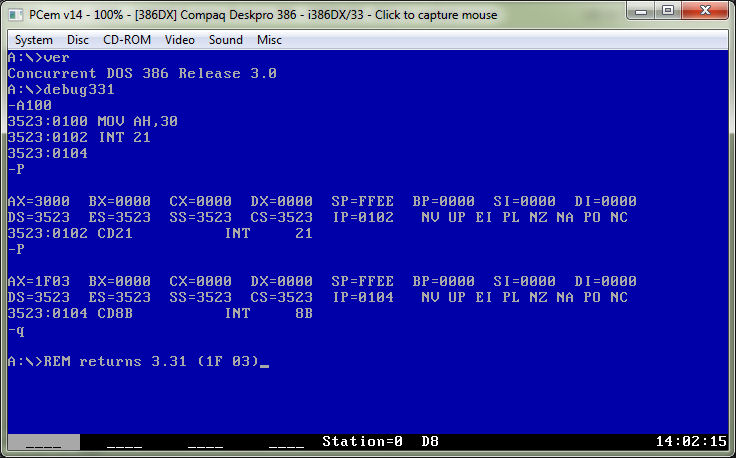 Had to patch CHKDSK from DOS 3.30 to run it, free memory looks similar to Concurrent DOS XM: 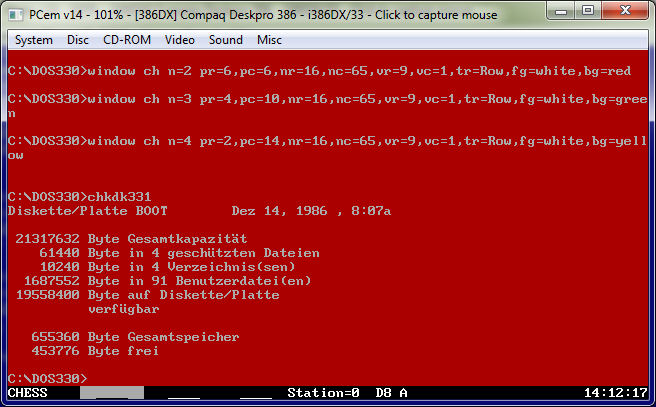 I tried PSION CHESS again (choosing CGA display), and it looks better (correct color palette now). Also, if you switch with Ctrl-2 to the next window, I was able to start programs like FM, showing the free memory: 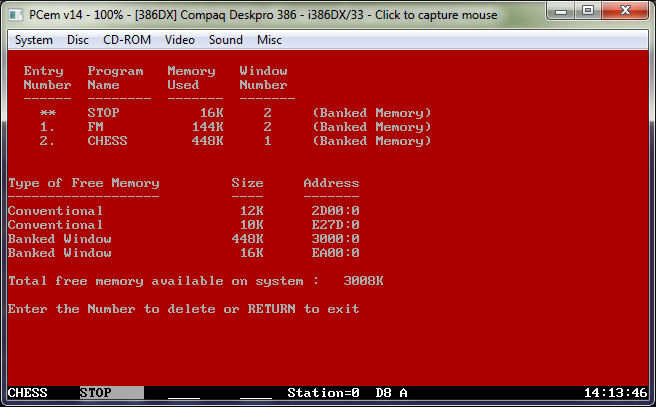 As you can see, there is also RAM occupied from the „FM“ process, in parallel to the still running game. You will not be able to switch between EGA or VGA games still.
A Youtube video with an advertisment of Concurrent DOS can be seen >here<.

A real classic computer game – ELITE … worth to be revisited !