Because I was still searching for a small hard disk imaging software which can run on a IBM PC/XT also (no need for EMS or XMS, no need for a better processor than 8088), and can be used with a parallel ZIP drive (e.g. with PalmZIP for PC/XTs), but not finding anything useful, I developed my own HDD imaging utility.
So far it does already creating a whole image backup of a HDD, and it compresses also (at least down to about 60% of the original size) the image file chunks which can be created.
That means, on the target media (like a ZIP 100 media), about 160-170MB can be stored, instead of 100MB (remember, it’s NOT 100MB in fact, it’s about 91MByte).
It requests for exchanging the target media, so you will be able to use subsequently different media disks, instead of saving it first to another HDD (caching it).
See the screenshots I made:
Starting it, choosing the right HDD and size of the target media (parts): 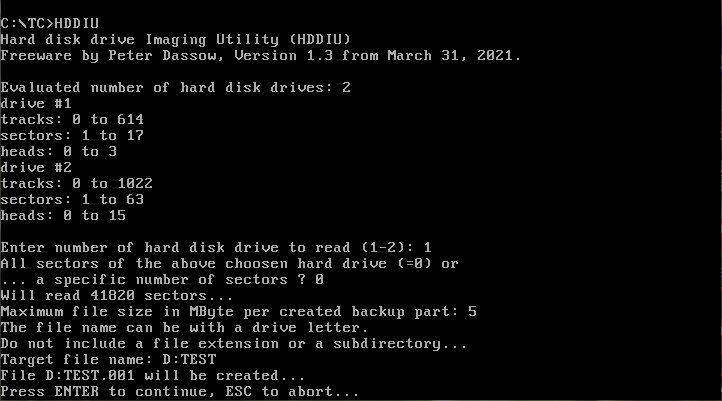 Finishing it, looking for the result: 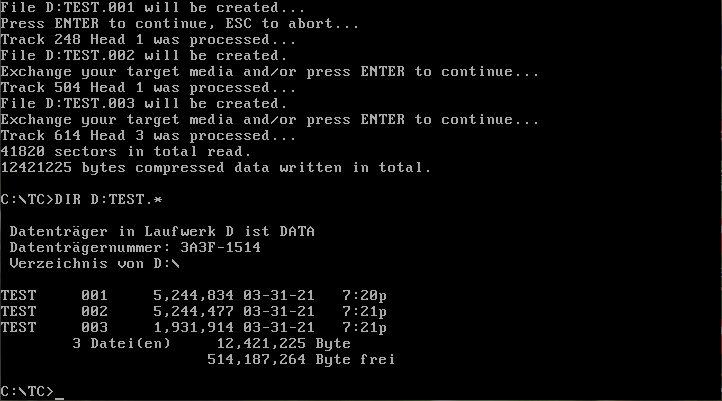 Unpacking it to uncompressed image parts, and reassembling it to one HDD image file: 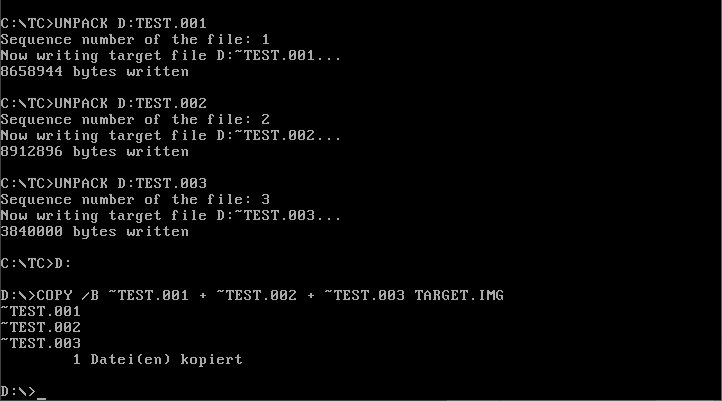 (even if you rename the compressed files, the sequence number, which is important for reassembling, is stored within the file header of each file)
Looking for the result:

You can download the 1.3 (still improving it) >here<.
The „unpack“ Windows application (to uncompress the saved & compressed imagefile parts to uncompressed imagefile parts but with the help of the Windows command line, running with Windows 10 for example) is now also available >here<. Using the saved image file is tested more than once with PCem or better with 86Box for example. And last but not least, I’m working meanwhile also on the topic „restore“, means you will be able to restore that saved image back in the future.