Ontrack Disk Manager can be used with hard disk vendor branding, but it doesn’t matter if you own a drive from this vendor.
E.g. if you find >a version 6.03 with „Conner Peripherals“ branding<, it can be used with a Seagate drive 😉
This is the main menu: 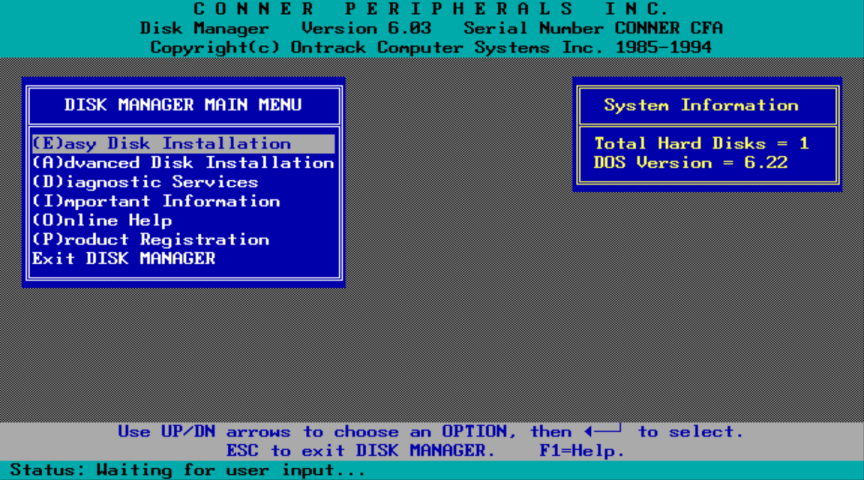 And this happens after pressing return: 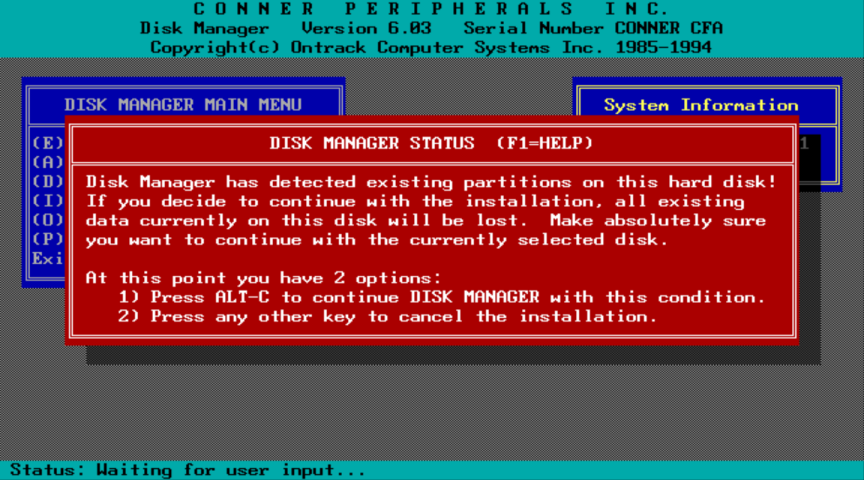 Remember, existing disk content will be deleted…
And that comes up than: 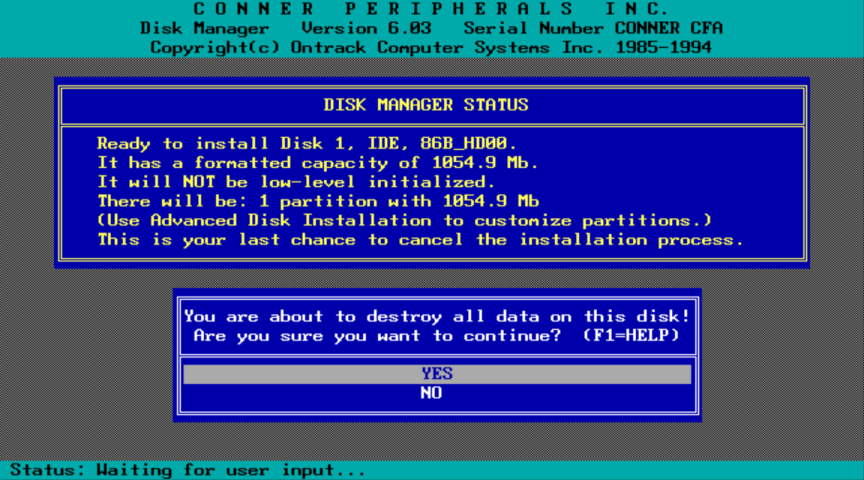 If successfully installed, booting from hard disk drive looks like this: 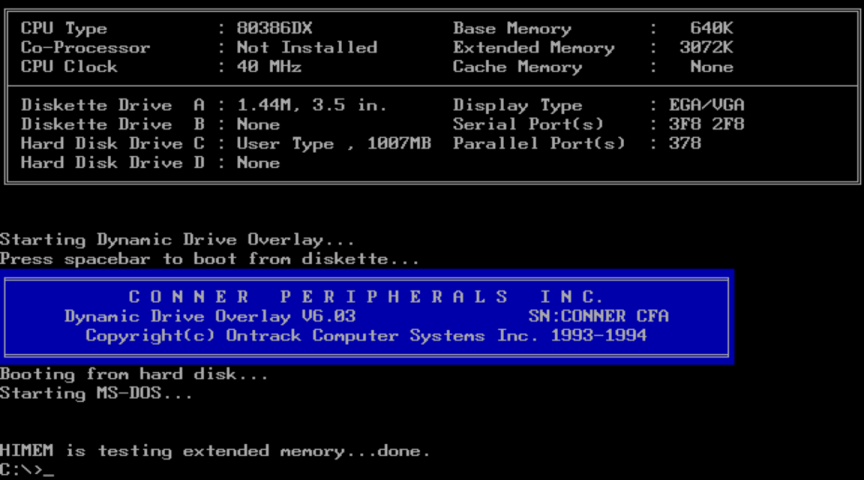 If manually (see more below) installed on floppy disk, booting looks like this: 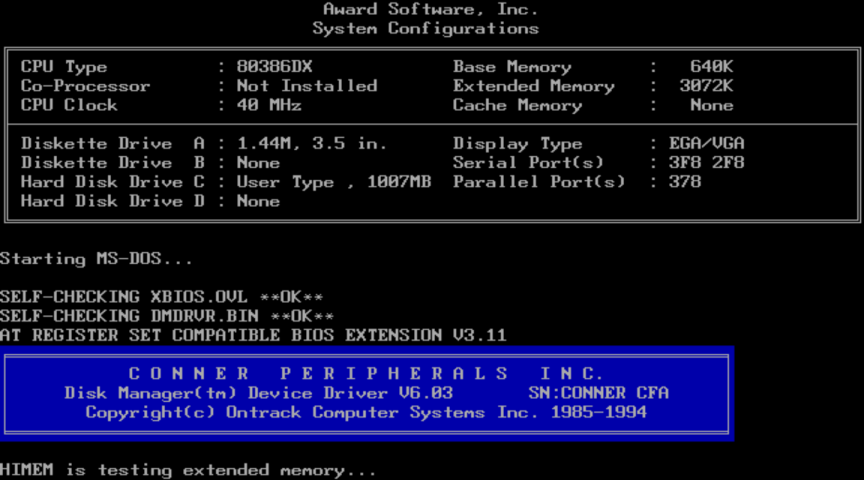 You do not need to have the Disk Manager Driver DMDRVR.BIN loaded while using the main program DM.EXE with a boot floppy disk for installation!
Later on, if you want to boot from diskette for whatever reason, you have to include some files from the Disk Manager diskette.
CONFIG.SYS for a MS-DOS 6.22 boot diskette should be looking like this:
DEVICE=DMDRVR.BIN
DEVICE=HIMEM.SYS
DOS=HIGH
… assuming that the following files must be present on diskette:
DMDRVR.BIN
XBIOS.OVL
HIMEM.SYS
… and of course other, usually used files for a MS-DOS boot diskette.
You SHOULD NOT load DMDRVR.BIN after HIMEM.SYS, but only before !
(see also >here< for an official statement)
Any other additional commands can follow after DOS=HIGH, but must not.
AUTOEXEC.BAT needs no special command, can include just your KEYB command with an appropriate two-letter country abbreviation.
All tests were done using PCem/86Box with an emulated 386DX40 and with Award BIOS, and with the following drive parameter:
User Type 47: 2047 tracks, 16 heads, 63 sectors (~1007 MB)
Interesting fact:
Booting from floppy disk without DMDRVR.BIN and showing partition infos via FDISK results in a 504MB sized drives (which is wrong).
Booting from floppy disk with DMDRVR.BIN (and XBIOS.OVL) shows the correct partition/drive size.
Added later: Disk Manager Version 7.09 and may be also other newer versions will not use DMDRVR.BIN loaded as a device driver, instead, the boot sector of the floppy will be modified to load DDLOADER.BIN. This can be done by using DM.EXE and „Maintenance“ tasks.

Some tests with Concurrent DOS XM 6.01 running with PCem