Because I was curious about the capabilities of Concurrent DOS XM 6.x running on a PC/XT clone (emulated with PCem), I tested a few things.
I was able to install it using PCEm 14 on an emulated hard disk drive (20MB), it looks not too unusual: 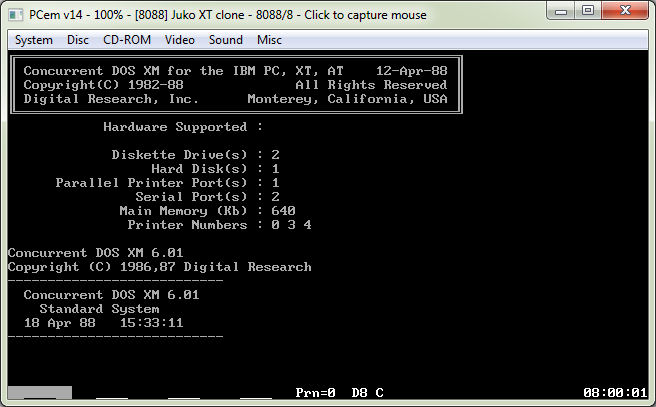 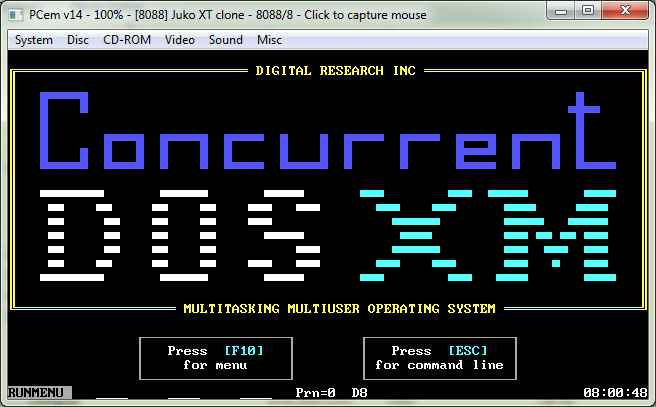 Pressing ESC let you see the pure command prompt again.
I was curious about two things now:
1) How many RAM is free for executing programs
2) Am I able to run games with graphics screen (e.g. for CGA)
I tried (after running CARDDECK, which sorts the screen windows) the build in CHKDSK first: 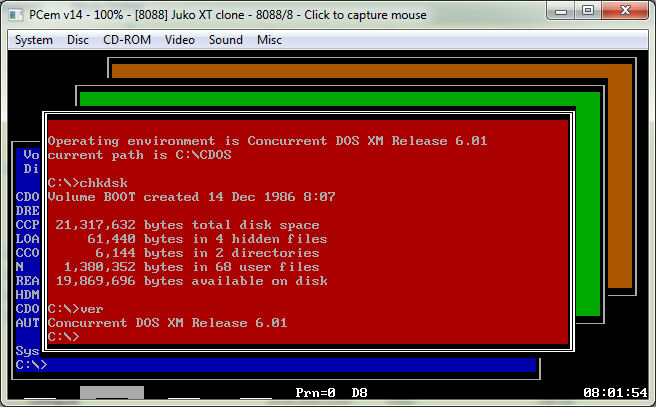 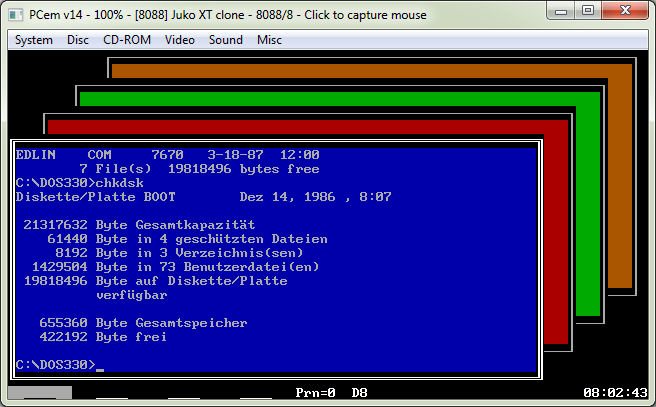 Not too bad but significant less than with PC-DOS 3.30 only.
Also, I tried to run CGA games (do not try EGA or VGA games), e.g. PSION CHESS.
It surprisingly worked, but was shown with a wrong color palette.
Also, if you’re running a game, it depends on the cooperation of the game itself if Ctrl-1, Ctrl-2 a.s.o. for Windows switching will work. In this case, it worked, but you are not able to execute other programs, only build-in DOS commands like DIR. This is because there is no (conventional) memory left while running a DOS game.
Have to test Concurrent DOS 386 now, may be this DOS version is better suited for running simultaneously more programs.