Recently I purchased a portable PC, a Siemens PG750, which was in fact used as a S5 PLC programmer. But regardless of it, it can be used also to play DOS games, at least EGA graphics compatible ones.
This portable device has a Texas Instruments Graphics Adapter (TIGA) named Higraph I, based on a TMS34010 chip. It is very hard to find TIGA compatible software, mostly only ACAD 9 and 10 drivers. But the TIGA card offers higher resolutions similar to a VGA card. So I am still looking for TIGA GEM 3.0 and Windows 3.11 drivers.
The original hard disk drive contained MS-DOS 3.30 and Personal CP/M 2.0 (S5-DOS) – these two OS can be selected after booting of the PC is done: 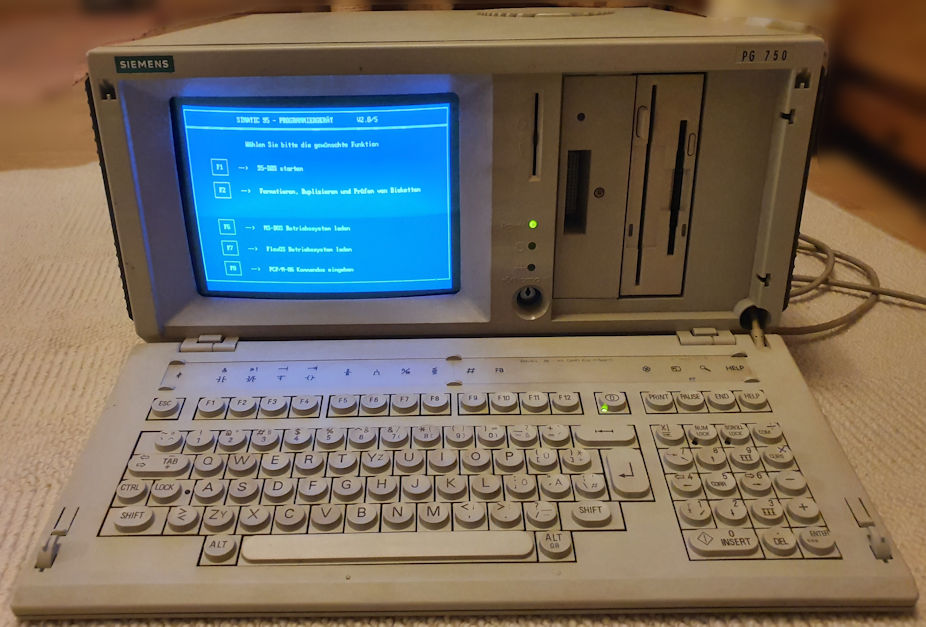 You can’t access the CP/M filesystem (2nd partition) with MS-DOS, but with Concurrent DOS 3.2, I was able to access both partitions at the same time: 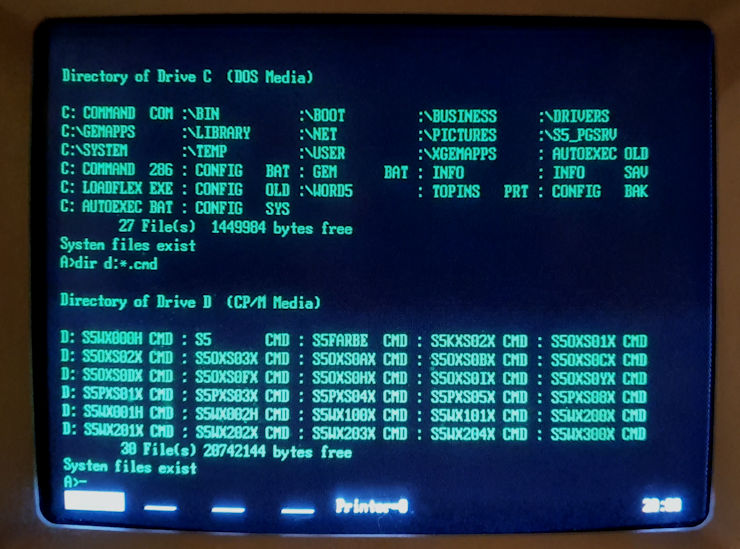 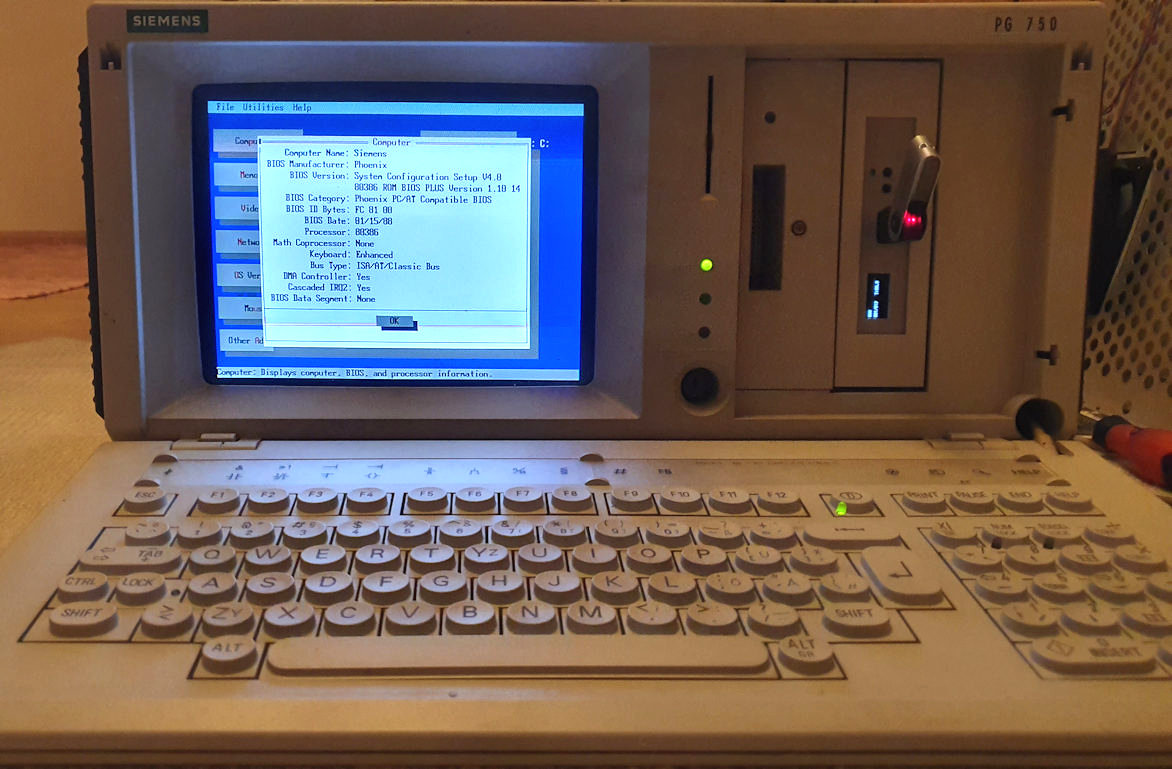 There is no left space for additional drives, because only one 5.25 drive bay can be used: 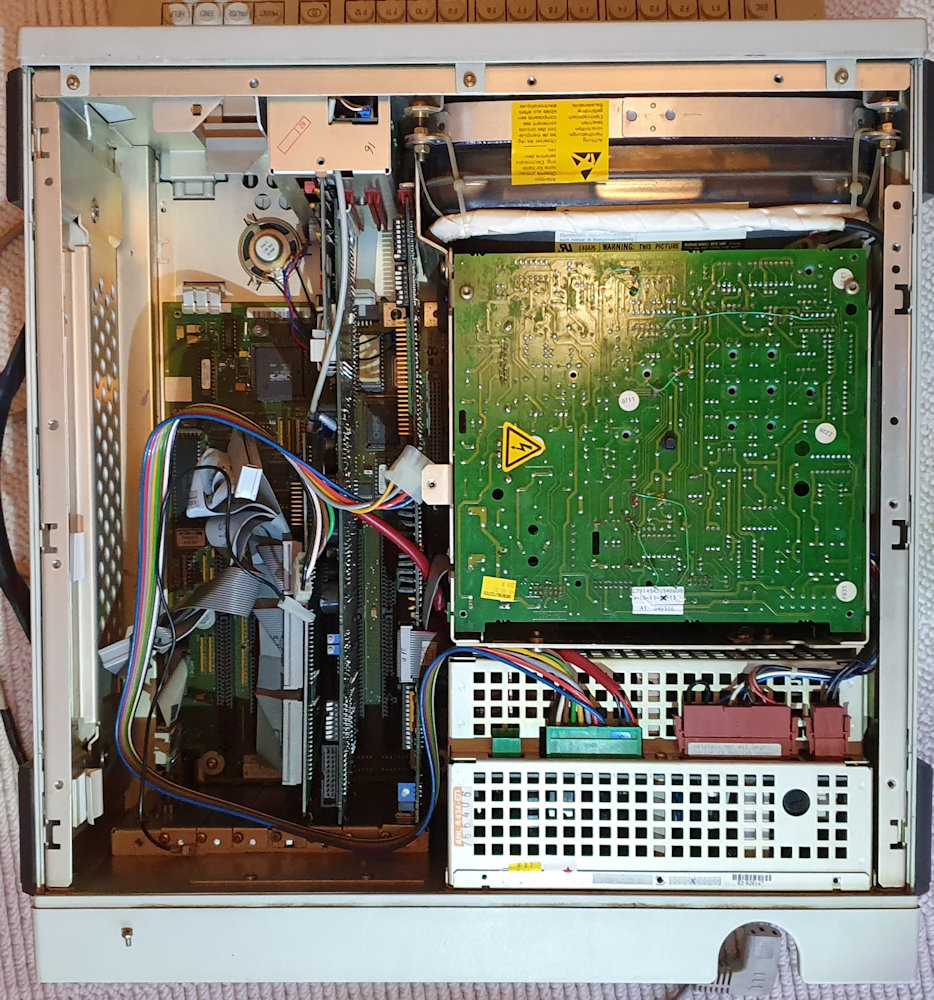 I didn’t find so much additional information about the device itself, it seems to be a bit rare, even the original manual of the PG750-386 can’t be downloaded anymore (but still for the 486 CPU version).
This >link< points to the manual for the PG750-486.

A game gem: Eye of the beholder (1991), with really beautiful EGA graphics