This is really a classic computer game, famous or at least well known, but nowadays almost forgotten. ELITE was one of the first open world game for PCs and home computer.
That means almost eternal game fun/game play, if you want.
Published from Acornsoft in 1984 first, Ian Bell and David Braben created this space simulation/trading game with some real new features for its time, like wire-frame 3D graphics (MCGA version has textures/filled areas already!).
It can be played on several platforms, and so also on PCs running MS-DOS.
The CGA version (which runs not quite bad on a standard XT) looks a bit ugly, but is well playable, too: 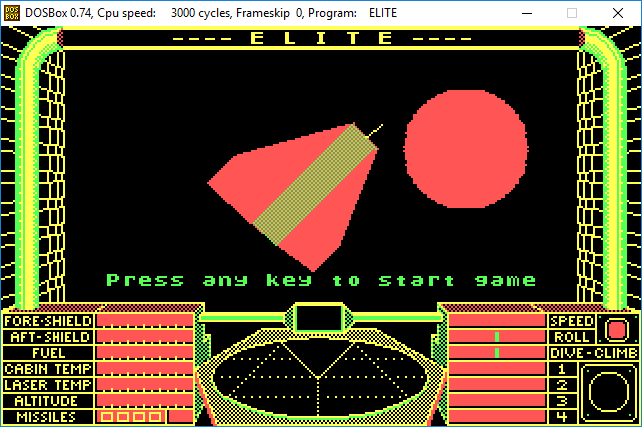 Surprisingly, EGA and VGA version (Elite Plus) does not visually differ.
EGA: 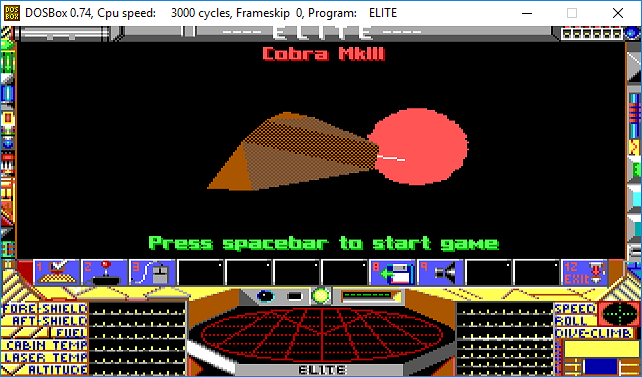 Only the MCGA version (Elite Plus) looks way better:

The best of all – this game is meanwhile legally downloadable, see >here<.

A modern "BASIC Home Computer", "Colour maximite 2", with an ARM7-CPU