We all know Wolfenstein 3D, the first VGA 3D shooter game for the PC from Apogee. The predecessor, Catacomb 3D. was created only a few month before, but still running with EGA video cards.
Wolfenstein 3D was originally also developed to run with EGA, but they changed their mind and dropped support for EGA also a few month before the final version 1.0 was published.
For example it is possible to find EGA graphics sets in the game itself.
What is really interesting – an Alpha EGA version was also made !
I was looking for the Alpha version, but I was only able to find the VGA version of it.
This Alpha version has some visual differences in menus and starting screen, but only the demo mode and the episode selection was missing, in the level selection of the Alpha the easiest mode was not implemented, too.
Start screen of the Alpha version: 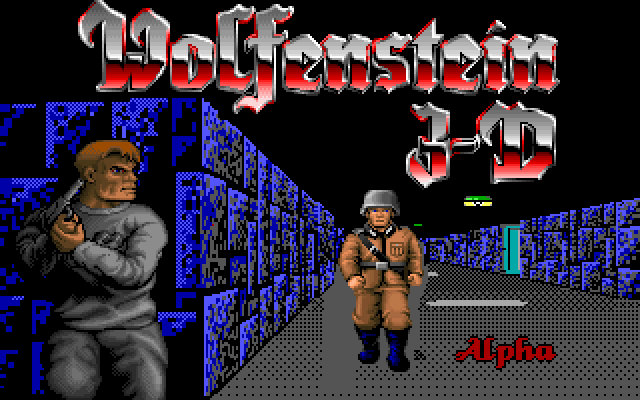 Start screen of the final version. 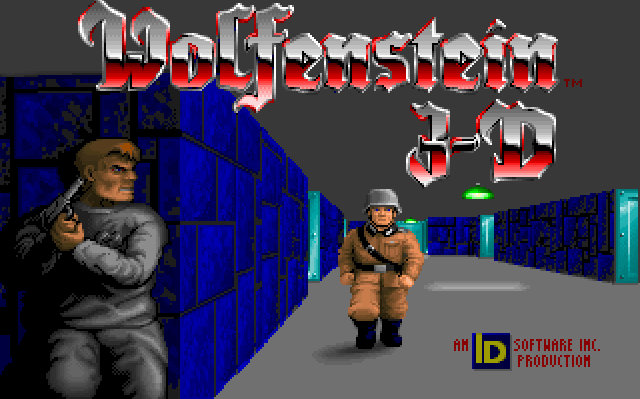 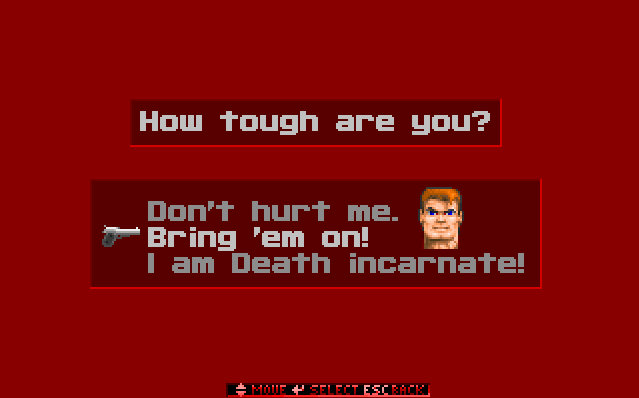 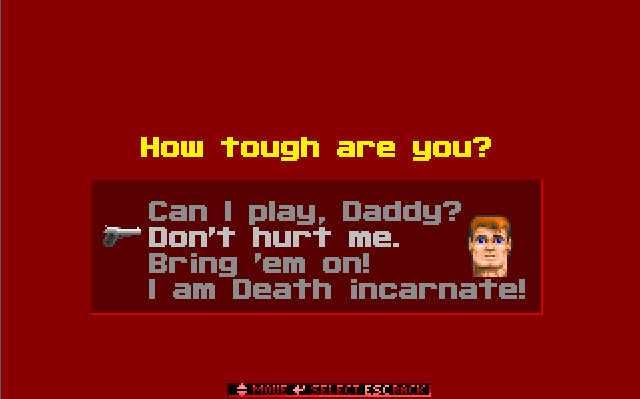 Also, I recognized the Alpha version and the final version 1.0 of Wolfenstein 3D will not run without a major display error with DOSBox SVN-Daum (the version with Glide support a.s.o.). This does not happen with the latest DOSBOX 0.74.3 …
This happens with Alpha and 1.0, if started with DOSBox SVN-Daum: 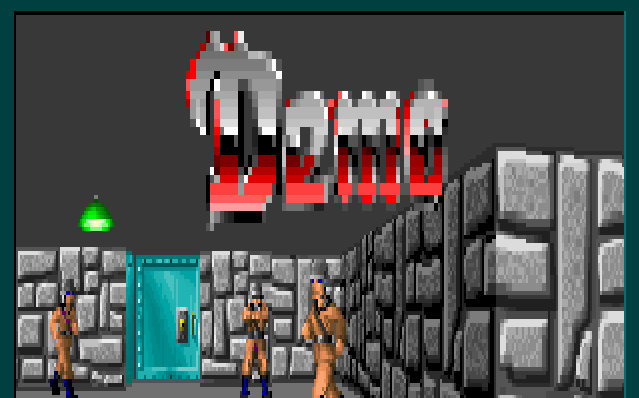 (the vertical resolution seems to be doubled ?)
Version 1.1, 1.2 and 1.4 gameplay will be displayed without any glitch/error, if started with both DOSBOX variants. Btw. „Rated PC-13“ is only displayed with a final version, too.
If you want to find these versions, take a look >here< first.
You can search for wlf3dv10.zip, 1wolf3d.zip, W3D1-ASP.EXE, 1wolf11.zip, 1wolf12.zip 1wolf14.zip if you’re looking for the several final versions 1.0 to 1.4.
If you look for the VGA Alpha, try to search for WOLF1V.ZIP.
I am desperately looking for the EGA Alpha version of Wolfenstein 3D, still…