Not really bad for 1991, this notebook with a monochrome LCD VGA display has a 130MB hard disk drive and 8 MBytes RAM. The build in video graphics adapter is a Cirrus Logic GD610. It has 2 serial interface ports, 1 parallel port and one external keyboard socket/connector – but no PCMCIA or even USB (this wasn’t up-to-date in 1991!). The power supply delivers 20 Volts.
It runs Windows 95, but it has not enough space on hard drive for Windows 98 or newer, and I guess it would be to slow for Windows 98, too.
But for a monochrome display, it’s acceptable, there are other more worse displays existing.
It was sold also from the german computer distributor „Vobis“ as „Highscreen 486DX Notebook“. 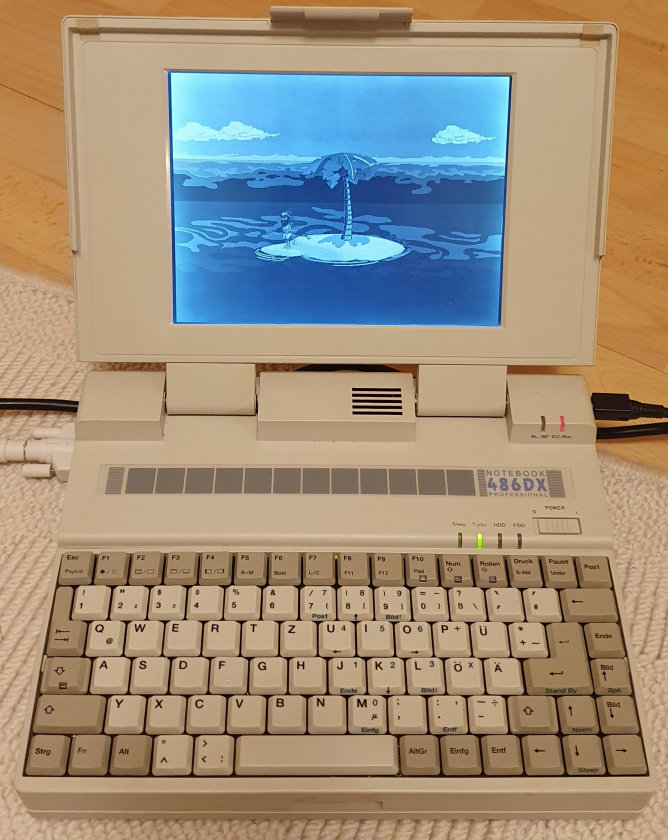 Btw. – the often found „one EXE file version“ of Johnny Castaway Screensaver (made by someone for Windows XP) is NOT compatible with Windows 95 (but with Windows 2000 and XP).
You need to look for the original setup disk content (e.g. at winworldpc.com) to be able to install it. See also >here<. 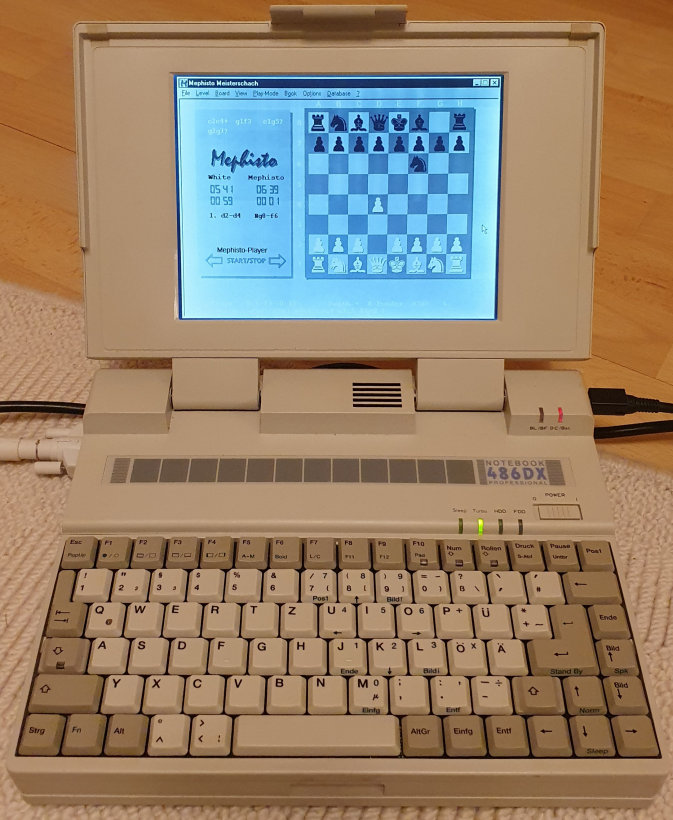 This software „Mephisto Meisterschach“ is really a rarely used software, but still very interesting, because it plays very well (compared to the similar old Chessmaster 4000, much better).

A modern "BASIC Home Computer", "Colour maximite 2", with an ARM7-CPU